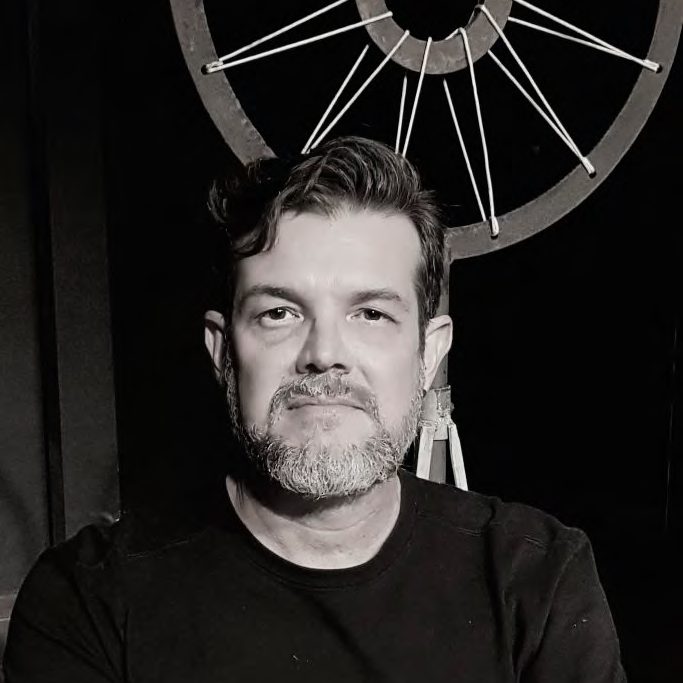 Graduated in Fine Arts from Centro de Artes SP and Pedagogy by UNICLAR – Faculdades Claretianas de Batataes. Post-Graduated in Art Education. He works in the areas of Education, Theater Direction, Set Design, Costume Design, Illustration and Visual Arts. Director of Culture of the Secretary of Culture of Cajuru between 2000 and 2004. Founder and Artistic Director of Cia Cornucópia de Teatro for 25 years, with which he performed numerous shows, several of them awarded in festivals and seasons. Worked as a set designer, actor and costumer at Cia Agnus Art under the direction of Magno Bucci, as well as the assistant of Costume Design and Set Design in Cia Razão Inversa, with the director Marcio Aurelio.

He also worked as a director with other companies such as Fora do sério, Engasga gato, and also directed Distrito Cia de Dança e o Grupo de Euritmia de São Paulo in many plays. He was nominated for the Shell Theatre Award for Costume Designer in his work on the Auto da Barca do Inferno. As an illustrator of books she produced several works published by Editora Brinque Book, among others. Within the art of Eurythmy, he has established partnerships since 1999, resulting in many pieces and torus: Alma Brasileira, Os Três Cabelos de Ouro do Diabo, Amálgama, and is responsible for Conception and Scenic Direction of the play The Servants of Pan of Cia Terranova where he also signs the creation of costumes and props.