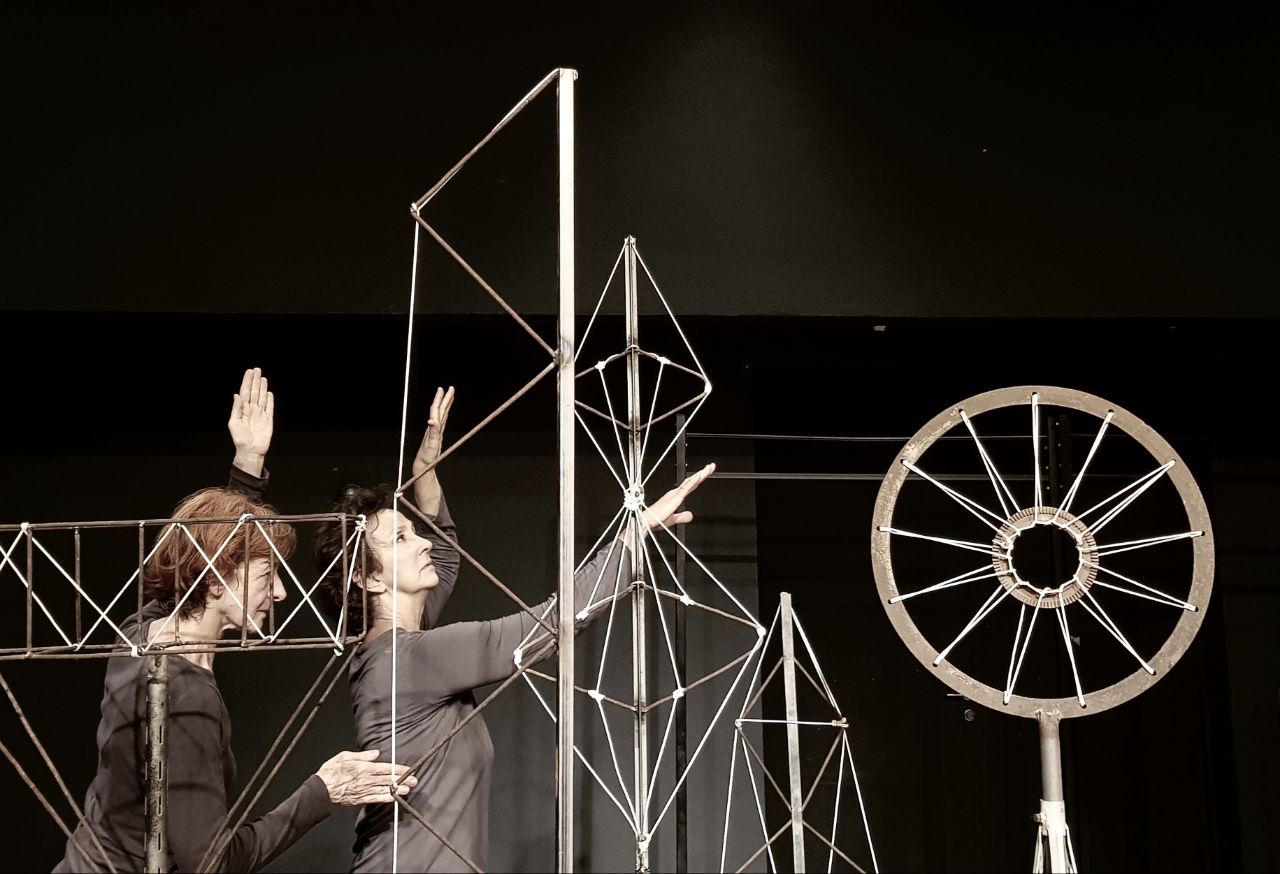 The hollow anatomy of birds – lyrical essay to Santos Dumont is the new project of Cia Terranova, a multidisciplinary performance that is enhanced in the interface between theater, music and eurythmy.

The show has text and scenic direction by Dino Bernardi, musical composition by Marcelo S. Petraglia and choreography by Marília Barreto and Renate Nisch, recognized eurythmists in Brazil and abroad.

This spectacle intends to present to the public a great character of Brazilian and World History, with his inner conflicts and his questionings about the destination of his inventions in the world. More than his biography and his work, so well known of the national and international public, In the hollow anatomy of birds… intends to enter, in the form of a poetic essay, the soul of Santos Dumont. Here the conflicts of a genius are revealed by putting the fruits of his creation at the disposal of mankind and thereby losing control over his work. The inventor’s existential drama is the central focus of this show, whose aesthetics unfolds on the pillars of theater, eurythmy and music

The contribution of eurythmy to the performing arts

This is an unprecedented and innovative cultural product in Brazil, for uniting the arts of theater and music in an never before seen way with eurythmy.

As an innovative body art, inaugurated in Europe in the early 20th century from the researches of the philosopher, scientist and artist Rudolf Steiner, Eurythmy investigates the intimate relationship of movement with sound. With a particular vocabulary and technique, it has the resources to expand, in the form of choreography, the inner life of text and music, revealing in the scene the deeper contents of the drama, thus serving the purpose of this piece to explore the existential and universal issues of this Brazilian hero, who so deeply transformed the life of society in the twentieth century.